What count as Regional areas?

The areas that are outside the major cities or metropolitan areas are considered as regional areas. For Australia, every area outside Sydney and Melbourne are taken as regional or rural Australia.

Why is Australia promoting its Regional Areas?

Regional areas usually have a low population. That is why it provides lesser chances to newer opportunities and lesser manpower. Australia is particularly taking interest in its rural areas and is putting its full effort to develop these areas. It is done by creating a new job and work opportunities in the rural areas this will attract people to move to these areas and the lack of manpower in these areas will be improved by this measure.

There is one other very important step taken towards the development of regional areas and that is inviting skilled professionals from all over the world to come, live and work in regional Australia. A new visa subclass has been introduced this year to promote regional areas this subclass 491 skilled work regional (provisional) visa.

This visa allows the skilled workers across the globe to come, live and work in regional areas of Australia for a span of 5 years. Permanent residence can be applied after 3 years.

you can get more information about subclass 491 regional visa from:
https://themigration.com.au/dont-miss-the-changes-in-pr-rules-2019-is-offering/

Who is eligible for subclass 491 skilled work regional visa?

To apply for subclass 491 one should meet the following criteria:

The government is hoping that the development of regional areas will lead to the prosperity and economic growth of the country.

The pros of Regional Areas

there are many advantages of living in regional areas some of them are listed below:

There are so many cities with better life opportunities in regional Australia some of them are: 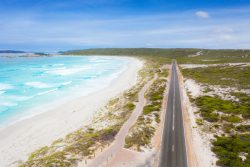 The largest city of the Australian state of Western Australia in Perth. It is also the capital city of this state. This beautiful city stretches along the coastal plains of Swan River. It has a population of 2.06 million. Perth has 250 suburb areas.

Its weather is moderate with high rainfall in winters and dry hot summers. Perth is also one of the most isolated cities in the world.

Here are the pros of Perth:

Gold coast is actually a coastal city as it spreads 70 kilometres along the coastal line. It’s located in Australian state Queensland and is also the second-largest city of this state. The total pollination of this city is 569,997. Gold coast is the sixth-largest city in Australia. The weather of gold coast is humid subtropical with hot humid summers and mild winters.

The pros of the Gold Coast are:

The capital city of Australian state South Australia in Adelaide. It comes on 5th rank in the context of pullulation density. It stretches 20 km among the coastal line to the foothill. The population of Adelaide is growing at a slower pace, it is around 1,333,927. Its climate is taken to be the hot Mediterranean with hot summers and mild winters.

Here are the pros of Adelaide:

The Migration is a registered migration company working completely under the legal boundaries of Australia. Our Top certified migration agents are working to help people seeking an Australian visa in the Asia region and Australia.

So if you are a skilled professional and want to move to regional Australia for better work and lifestyle opportunities and don’t know where to start? Don’t worry because our MARA certified migration agents in Australia are here to provide you with authentic and strictly legal visa consultancy. Let us know if we can help you with anything.